Let’s start a conversation about your project.

A Tradition of Excellence

Three principles established by our founder, James Posey, have guided our success for more than a century: to place the interest of our clients first, mentor staff and invest in their well-being, and most importantly, produce top quality work.

James Posey Associates celebrated its 100th anniversary in 2011. To help commemorate our centennial, Chairman Emeritus Carl Hossfeld compiled a history of the firm’s first 100 years. Carl served as President from 1981 through 2004. He retired in 2005 after 42 years of service and continues working with us on a consulting basis. Read his narrative below and check back in the future for updates!

It is rare for any company to survive, much less thrive for 100 years. This is especially so for a design firm started in the early 1900s, considering the past century brought us two world wars, the Great Depression, numerous building recessions, and major evolutions in building technology.

We are often asked what the key to our success is. There is no single answer, but there are three guiding principles established by our founder, James Posey, that we follow to this day. They are to place the interest of clients first, mentor and take care of staff, and most important, produce top quality work.

A native of southern Maryland, James Posey attended Baltimore Polytechnic Institute and Maryland Institute for the Promotion of the Mechanic Arts (now Maryland Institute College of Art), where he earned the prestigious Peabody Honor Prize from the School of Design. 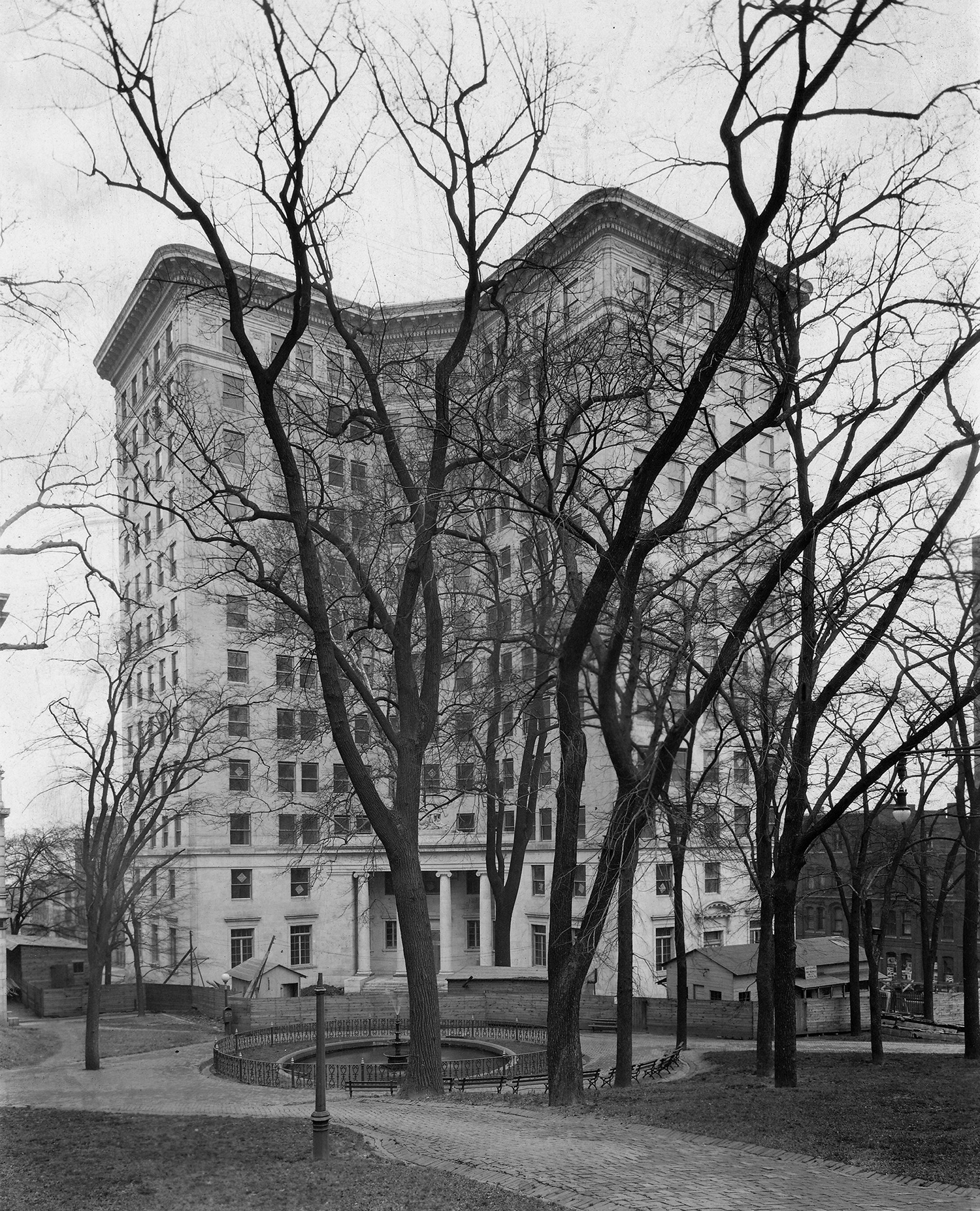 The Virginia State Office Building in Richmond, VA was completed in 1923. It gave the firm early experience on specialized laboratory systems, including 16 chemical hoods on the top 12th floor.

In 1911, he founded the Office of James Posey after working for a decade at Henry Adams Consulting Engineers, then the only established MEP engineering firm in Maryland. He was always addressed as “Mr. Posey” in the office, and we refer to him that way to this day.

The Federal Land Bank completed in 1923 in Columbia, SC was a major commission for James Posey’s still young office and allowed the small Baltimore staff to stretch its wings geographically.

During the Great Depression, local building construction dramatically slowed. Mr. Posey managed to keep his staff intact by reducing the five and a half-day work week to three days and obtaining commissions from architects in Norfolk and Richmond, Virginia; Washington, DC; and Columbia, South Carolina. Initially, the engineering staff was placed directly in the architects’ offices, but the growing number of commissions necessitated opening of branch offices in Richmond, Washington and Columbia. 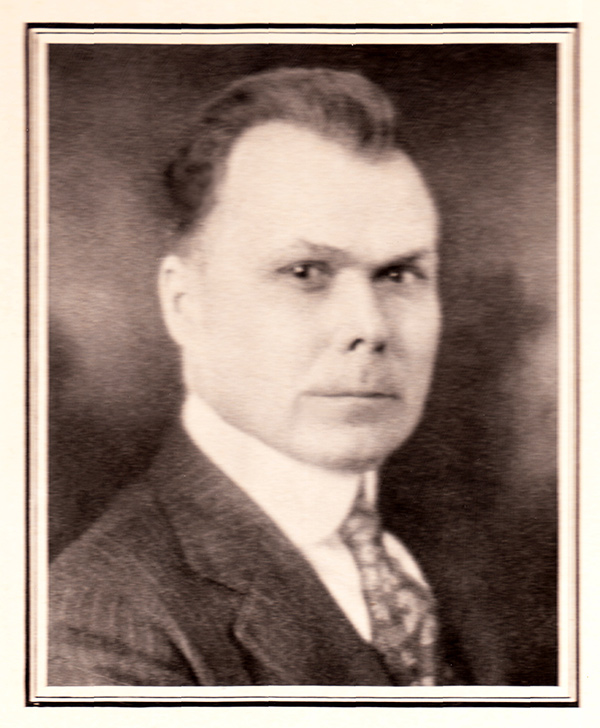 One of the few known photos of James Posey. It accompanied his testimonial in a 1927 advertisement for the pipe insulation used on the Federal Reserve Bank in Richmond, VA.

The branches remained open until the start of World War II, when most had to be closed due to staff shortages and changes in the types of buildings being constructed to support the war effort. During the war, the small Baltimore staff worked on hospitals and projects for C&P Telephone (now Verizon), and the Bureau of Mines and other government agencies as far away as Oregon.

After World War II, increased demand for MEP engineering talent in Maryland did not allow reopening of the South Carolina and DC offices, but the Richmond office continued working for C&P Telephone and numerous hospitals, schools and colleges. The Baltimore office, located downtown in a large townhouse on Pleasant Street, began to develop a more diverse practice with some of Maryland’s leading architects, and continued in the design of schools, colleges, hospitals, and libraries throughout the state. Many of these projects brought us our first major central power plants and campus distribution systems for steam, water and electric.

As the firm grew, Mr. Posey made partners of longtime employees Raymond Hughes and my father Wilbur Hossfeld, and changed the company name to James Posey & Associates. In those days, MEP building systems were far less complex, and codes for mechanical and life safety were very basic or nonexistent.   Engineering schools taught little about building systems, so design firms depended on the “mentor-protégé” relationship to develop staff and future leaders. Mr. Posey was a strong believer in this approach, which continues in the firm today.

As Mr. Posey’s eyesight began to fail in the mid-1950s, Wilbur Hossfeld, who was managing the Richmond office, was needed in Baltimore so the Richmond office was closed.   After exactly fifty years of leading the firm he founded, Mr. Posey died in 1961 at the age of 81.

Wilbur Hossfeld and Ray Hughes incorporated the company as it is known today, James Posey Associates, Inc., with Wilbur Hossfeld as President. They soon promoted George Arendt, another longtime employee, to Principal. Arendt’s primary clients were architects in nearby Anne Arundel County engaged in school design for the county, and the firm opened a branch office under his direction in Glen Burnie.

Both locations thrived primarily on a steady stream of education related projects.   In 1969, Ray Hughes left, and both offices consolidated to one location in Baltimore County just west of the city. Projects were numerous and increasingly larger due to the surge of “baby boomers” in need of more schools in Baltimore’s rapidly expanding suburbs. At the time, it seemed the prosperity brought by this market would never end.

In 1972, Reese Williamson and I were promoted to Principals, Reese having joined the firm in 1959, and I in 1964. By the end of the decade, the boom in educational facilities came to a halt. Fortunately, there had been some forewarning of this, and we were successful in pursuing the growing need for prime MEP work under “term contracts” with many of the DOD and federal agencies headquartered throughout the region.

This client base quickly expanded to include the Naval Facilities Engineering Command, General Services Administration, Army Corps of Engineers, Veterans Administration, National Institutes of Health, and Smithsonian Institution. More recently, our base in prime contract work has been strengthened by a series of contracts with the Architect of the Capitol.

These relationships proved vital to the firm’s future.   We were able to contract directly for MEP work while pursuing our traditional role of consultant on multi-discipline teams led by architects. Back-to-back term contracts with a wide variety of federal agencies established the firm’s credentials to respond quickly for “on call” work and manage multiple projects at one time. They also gave us new experience on a wide variety of building types, and developed our reputation with potential new clients.

In 1981, I succeeded my father as President.  Wilbur Hossfeld followed George Arendt into retirement a few years later.  Nils Lindfors was promoted to Vice President in 1983, followed by longtime employee Michael Lippy in 1991, filling out the third generation of leadership. 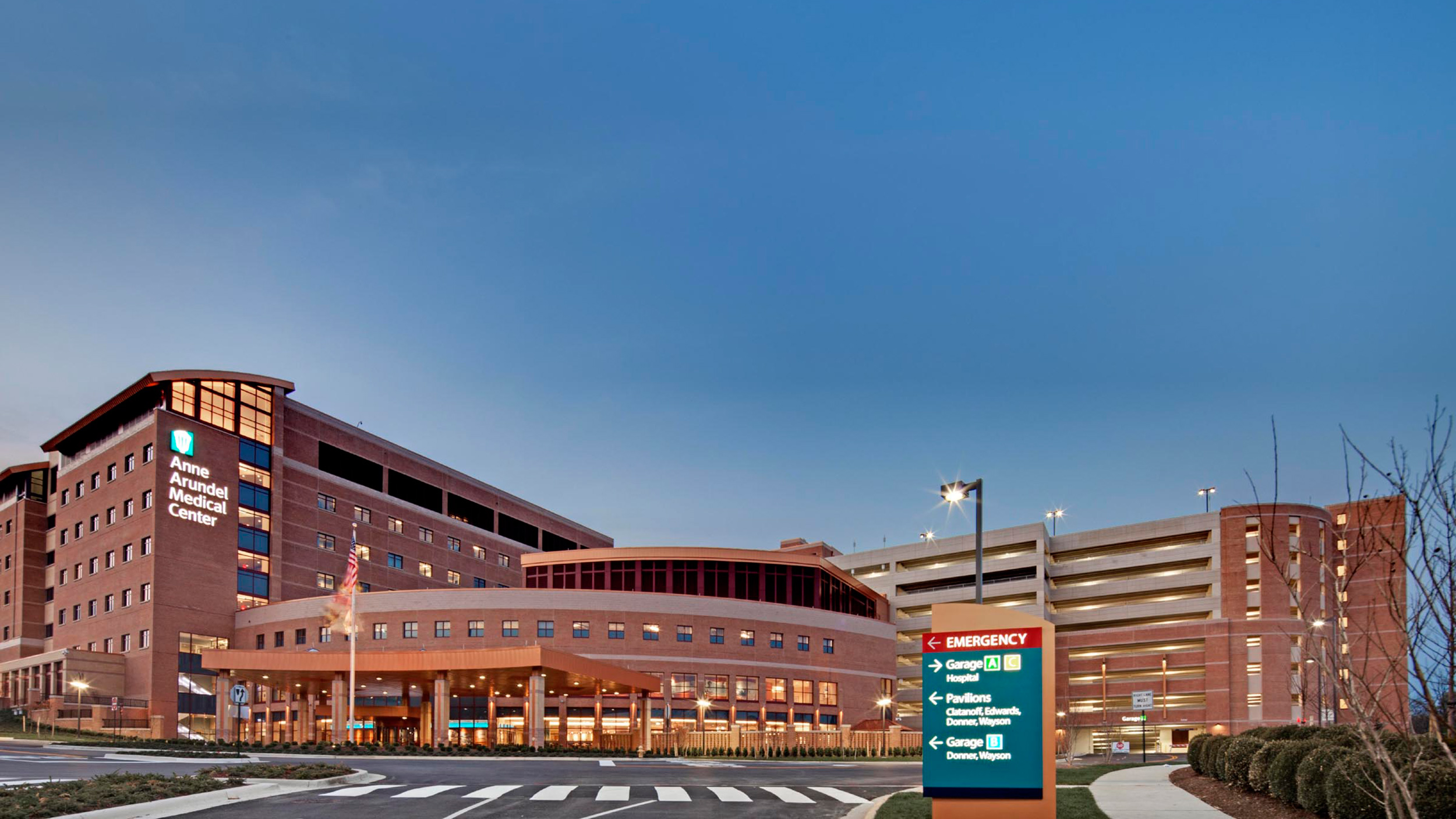 The firm began a 20-year period of steady growth, increasing staff from under twenty to sixty due to the growing number of military and federal projects and the gradual return of the education market. During this time, CAD and other computer-based technologies were fully implemented throughout the firm. We also established a formal marketing department, which proved essential to obtaining larger and more complex projects.

Many of these projects involved historically important monumental buildings, and the staff gained a reputation for its ability to incorporate modern systems in a sensitive and creative manor. As our reputation grew with institutional and government clients, nationally prominent architectural firms were soon approaching us for teaming opportunities on similar projects. The opportunity to work with these firms matched well with our goal to maintain a more diverse practice of project types and clients. We had learned the lesson well not to overly rely on the education market. 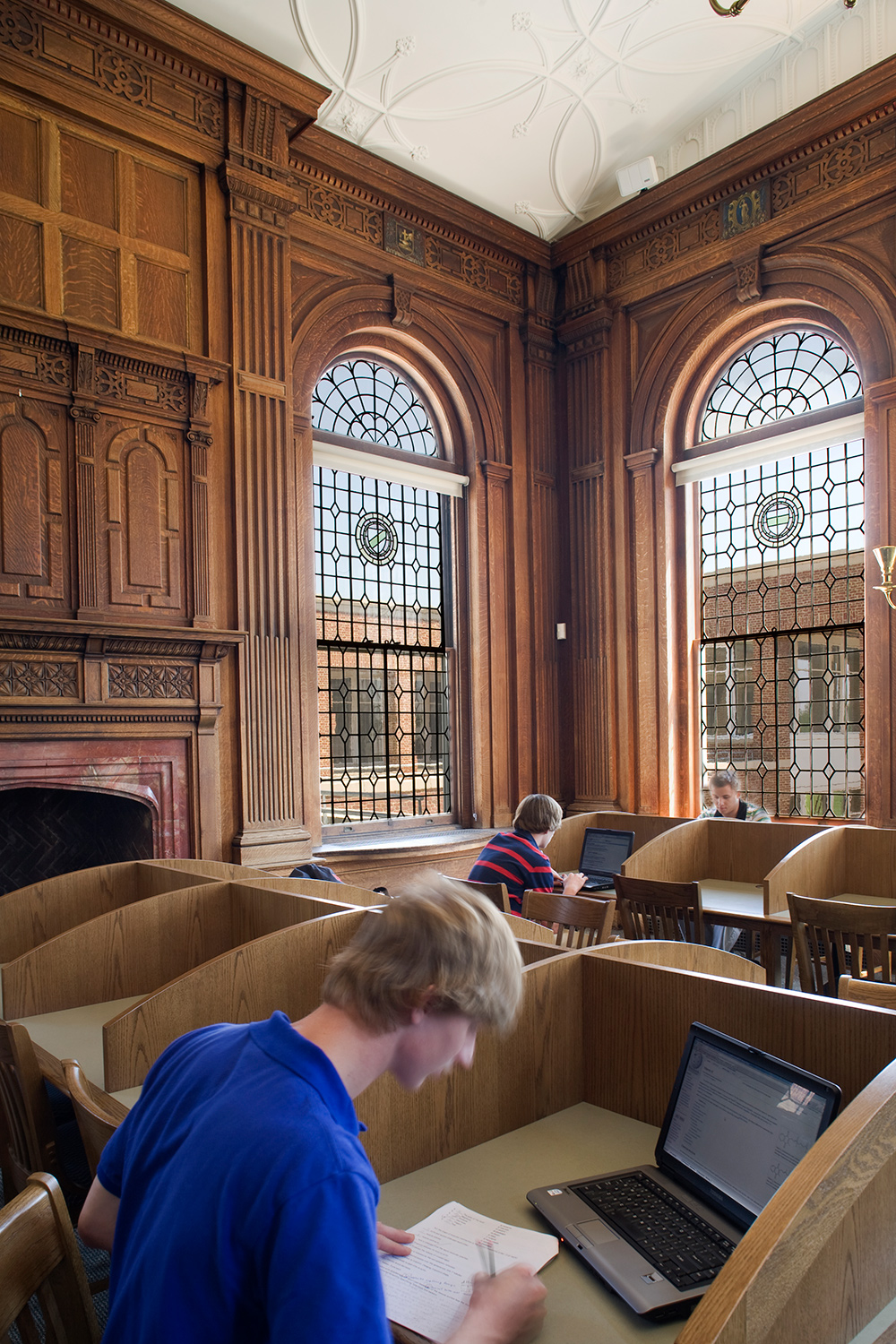 We have competed dozens of projects at Gilman School in Baltimore, MD over the past 25 years, most recently expansion of the Upper School. Photo © Alain Jaramillo

The 1990s and start of the 21st century was a period of professional growth for the staff and recognition of the firm’s abilities to design prominent educational, institutional and government facilities. We obtained a series of nationally significant commissions for monumental building renovations at the U.S. Naval Academy, including the 1.5 million square foot Bancroft Hall, and two large Congressional Office Buildings for the Architect of the Capitol. During this time, we revived our long dormant hospital design practice with a number of buildings for the new campus of Anne Arundel Medical Center.

The education sector returned to full demand. We were retained as the prime firm for many large systemic renovations and as consulting engineers for modernizations of the aging stock of school facilities and new schools to accommodate population shifts brought by redistricting. Our K-12 education practice expanded to the outlying counties and to an increasing number of independent and faith-based schools.

With a growing clientele of sophisticated institutions and architectural firms, plus the desire to be a leader in sustainable design, the firm looked to college recruiting as its main source of new engineering talent.   Efforts focused on the highly regarded Architectural Engineering program at Pennsylvania State University. The education and creativity of these young engineers combined with mentoring by senior staff has enabled us to make great strides in our professional qualifications and stay current with advances in sustainable design and the introduction of Building Information Modeling.

Stephen Hudson became President in 2005 replacing Carl Hossfeld, who was elected Chairman and later Chairman Emeritus.  In 2008, not long after the start of this leadership generation, the design and construction industry, along with the general economy, entered the greatest recession since the Great Depression.  The energetic leadership and staff were fortunate to navigate through this downturn unscathed and even with increased commissions.  This was due to the now well established wide diversification in the education, institution and government sectors along with maintaining the highest quality of design work and a strong marketing effort.

In 2010 as the firm was about to embark on its second century, the future was further ensured by the promotions of Thomas Clippinger, Patrick Marquez and Michael Sherren to Associate Principals following the longstanding and proven tradition of nurturing leadership from within the firm.

With the economy in recovery and the firm’s education sector further expanded, Stephen Hudson retired in 2013 and Timothy Cech followed in 2015.  Kevin McCarthy was elected President and Managing Principal, with Jeffrey Caldwell and Richard Lang continuing as vice presidents.  In 2017, Associate Principal, Michael Sherren, was promoted to Principal and Vice President to form the fifth generation of principals along with McCarthy, Lang, and Caldwell.  This new generation of management is moving forward installing updated quality control, personnel, and administrative policies, as well as software and equipment, to continue as a leader in the always evolving design profession and workplace. The firm currently enjoys a near record backlog of work and has a seasoned staff with an average tenure at James Posey Associates of 15 years. The young engineers recruited over the past two decades have advanced to accommodate both the planned growth of the firm and recent retirements.

The slogan for our centennial celebration in 2011 was “Celebrating a Century of Excellence”,  and though none of us can foresee the future, it is believe that by sticking to the same guiding principles established by Mr. Posey a century ago, James Posey Associates can look forward to another 100 years of excellence. 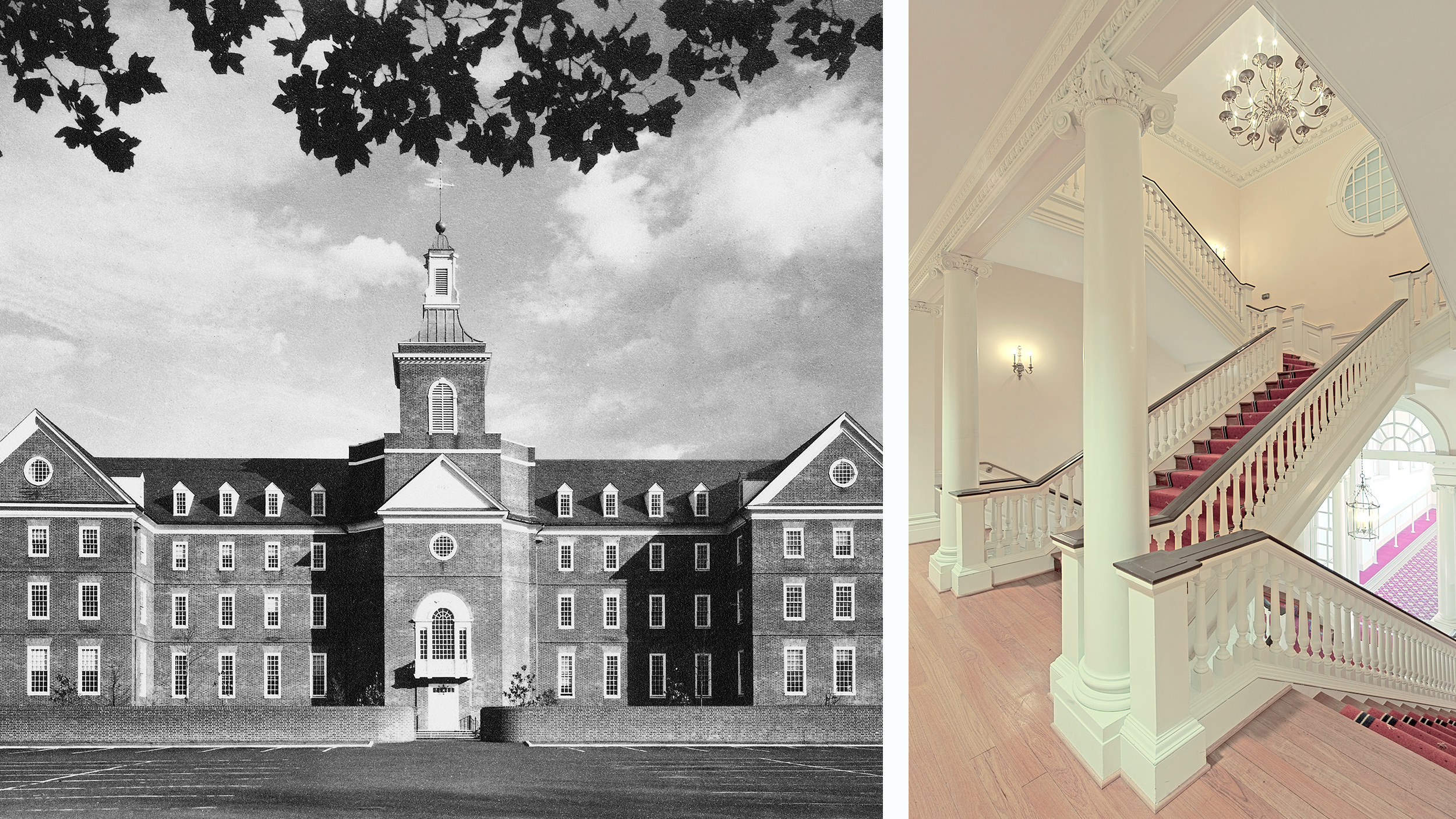 The James Senate Office Building in Annapolis, Maryland is a good example of JPA’s long history in business as the same firm. We designed the systems for the original 1938 building shown in the archival photo and replaced them as part of an extensive modernization in 2003 shown in the color photo.