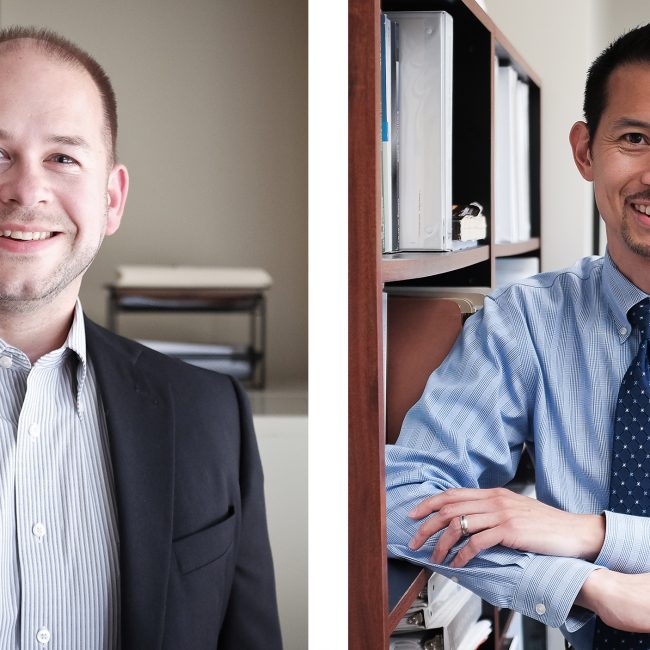 JPA is pleased to announce that Tom Clippinger and Patrick Marquez have been elected Vice Presidents of James Posey Associates, Inc.

Tom joined JPA in 2002 after graduating from Pennsylvania State University with an integrated Bachelor and Master of Architectural Engineering. He is a registered Professional Engineer in Maryland, as well as several other states, and is a LEED Accredited Professional. As a leader of the firm’s electrical department, Tom specializes in government, office, healthcare, lab, and research market sectors, along with campus infrastructure and planning. He was previously promoted to Associate in 2010.

With eleven years of prior industry experience, Patrick joined JPA in 2005 and was later promoted to Associate in 2010. He received his Bachelor of Science degree in Electrical Engineering from the University of California, Irvine and is a registered Professional Engineer in Maryland, as well as several other states, and he is a LEED Accredited Professional. Patrick focuses on educational and arts and culture projects, and leads the electrical portion of the firm’s K-12 education studio.

As of Rich Lang’s retirement in December 2017, Tom and Patrick will support JPA’s electrical staff providing specific guidance and management in their respective areas of specialization.